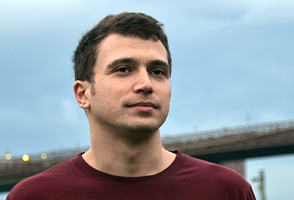 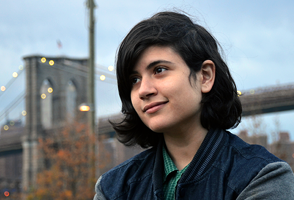 CO-FOUNDER AND HEAD OF DESIGN 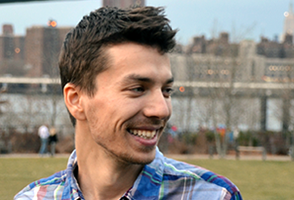 Like Mesh, Asher is a Brooklyn native. A programmer since the age of 11, he co-founded his first start-up when he was just 20 years-old. You can safely say that this ain’t his first rodeo. His super powers? Man of many functions & Master Mesh architect.

Yeni grew up in Cuba, then found her way to sunny Florida. She eventually ended up in Brooklyn where she felt frustrated by the inability to properly identify herself as a queer woman in the online dating sphere. As an answer to her own problems, she co-founded Mesh as the first online dating service to include queer and transgender identifications. Her super powers? Social media & LGBTQ community liaison.

Cosmin was born in Tg-Jiu, Romania, and began working professionally in creative design when he was 16. While co-founding a creative agency in 2009, he also received his Master’s in Computer Science. When not charming Americans with his accent, Cosmin can be found catching some fresh powder down the slopes. His super power? Balancing aesthetics & function.